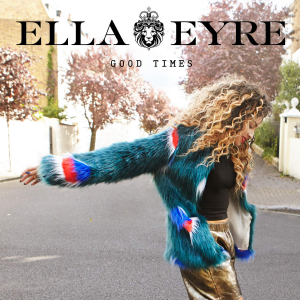 After getting her second consecutive Top 15 with the recent single “Together“, the London-based vocalist has confirmed the next one. The fourth official single from the album will be “Good Times“, and it’s scheduled to be released on iTunes on 14 August 2015, alongside the release of the album.

Eyre debuted the new single live for the first time during her set on Glastonbury Music Festival on Saturday June 27th. The song was premiered along a special fan video on June 29th. Later, the singer teamed up with Fashion brand ASOS France to release the proper and official video for the song. It was premiered on July 22nd and released on Vevo on July 24th.