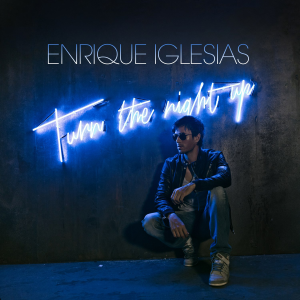 “Turn the Night Up” is a song recorded by Spanish singer-songwriter Enrique Iglesias. The track produced by The Cataracs is confirmed as the lead single taken from the upcoming tenth studio album and secod bilingual of his career. The singer recorded the official video on late-June and it was directed by Justin Francis. The song is planned to be available for sale on iTunes on August 13. The new album is scheduled to be released in October / November this year.

This single comes after finishing the promotion of his successful latest album “Euphoria“, and worldwide hit singles: “I Like It” and “Tonight (I’m Fuckin ‘You)“. This time, Enrique throws a pretty hard production, far from the sound of his previous sexual catchy-pop singles. Trying to follow the highly sexual style, this time with the collaboration of The Cataracs and for the first time apparently without Pitbull, he launches a single whose instrumental base reminds me of “Dirty Bit” by the Black Eyed Peas. Too much will.i.am for my taste. Anyway, in the song appears a rapping voice that could be perfectly a Pitbull-wannabe and luckily, the singer continues recycling his great lyric-anthem as the classic “One love, one love…“. Could be better, isn’t a instant hit.