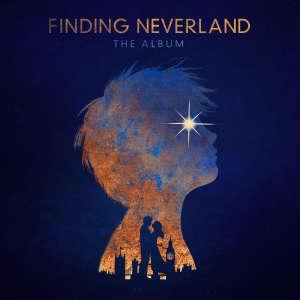 “Finding Neverland – The Album” is the compilation album made of the songs played on the upcoming Broadway musical with the same name “Finding Neverland“, which was premiered on 15 April 2015.

The album is a mix of pop, rock and R&B superstars, including Grammy Award® winners Jon Bon Jovi, Christina Aguilera or John Legend. It was planned to be released on 21 April, but it was eventually delayed until 9 June.

“Finding Neverland” is an original musical with music and lyrics by Gary Barlow and Eliot Kennedy and a book by James Graham. Inspired by the 2004 film with the same name.

The track “Stronger” originally performed by Jessie J and finally released with vocals of Kiesza was released as instant download with the pre-order of the album on Amazon on May 1.

Christina Aguilera’s track “Anywhere But Here” was released as second promotional single along the pre-order of the album on iTunes on May 19th. The song was written by Gary Barlow and Eliot Kennedy. The track “Neverland” performed by Zendaya was released on May 26th along the premiere of the lyric video.

The music video for the album’s lead single “Stronger” performed by Kiesza was premiered through Vevo on Wednesday June 9th. It was directed by Mario Hugo.

Zendaya released a music video for the album’s opening track “Neverland” through Vevo on January 25th. It was directed by Brad Furman.