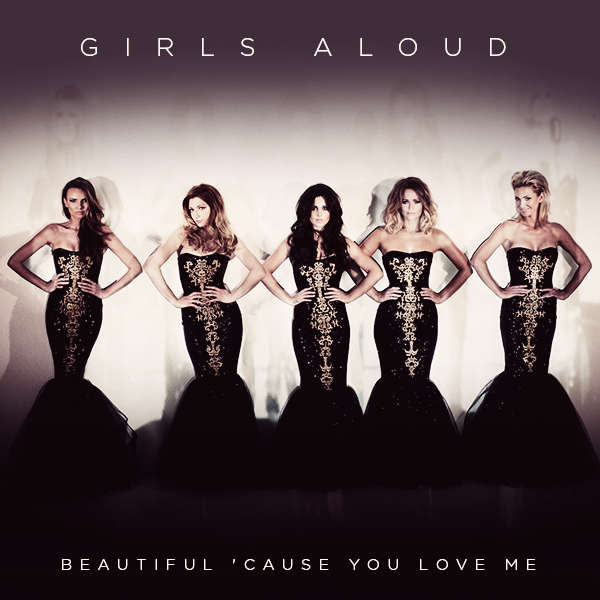 “Beautiful Cause You Love Me” is a song recorded by British girl band Girls Aloud. The ballad written by Rachel ‘Maiday’ Moulden and produced by Jim Elliot is the second official single taken from their second compilation album “Ten” released November 26, 2012 via Fascination Records in commemoration of the group’s tenth anniversary.

The full music video was premiered on December 5, 2012. The girls make a simple and boring video for the single. A video that could be inspired for the next Dove moisturizers campaign. The five leaders of the pack are incredibly beautiful, like a Virgin Mary in the stable. Very typical for this Christmas time. Although they are born beautiful, don’t need anyone to love them to feel beautiful (as the song says).