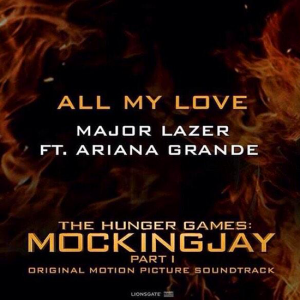 Everyone knows that Ariana Grande is secretly working on her third studio album and it is likely that the album arrives in mid-2015, making the classic “an album every year,” created by the Barbadian popstar Rihanna, who has already broken her long-standing tradition.

But first, the global popstar joins forces with American deejay, music producer, rapper, and songwriter Diplo on a new track called “All My Love“, produced by his alternate music project MAJOR LAZER, alongside Jillionaire and Walshy Fire.

The song is included as part of the upcoming “The Hunger Games: Mockingjay Part 1” soundtrack, available on November 17th.

Get ready for another global slayage!