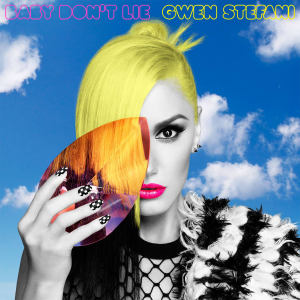 Another bombshell is ready to shake. No Doubt’s lead vocalist, American singer, songwriter, fashion designer, and actress Gwen Stefani is ready to slay all your faves with her awaited return to the music scene.

The Voice coach is currently working on her anticipated third solo album, scheduled to be released later this year via Interscope Records.

The lead single with and upbeat “tribal” sounding is called “Baby Don’t Lie“, and it was written by Stefani with the collaboration of Noel Zancanella, Benny Blanco and OneRepublic’s frontman Ryan Tedder.

Stefani filmed the music video in late-September in Los Angeles, and it was directed by Sophie Muller and Weirdcore. The psychedelic-pop art clip, inspired by “The Wizard of Oz” was premiered on VEVO on Tuesday October 21th. “Baby Don’t Lie” was released on digital retailers on Sunday October 19th.

Maybe “Baby Don’t Lie” is not a great comeback single to make her return to the music scene, but it works as a good appetizer for what is to come.

Gwen is Gwen. She has a very unique and diverse sound and attitude. No matter if the song isn’t ground breaking and brand new, Gwen delivers because of her charisma and spark. It’s difficult to place another artist or sound next to Gwen’s.

The singer is planning to release a new CD maxi of the single including two extra tracks on October 16th.