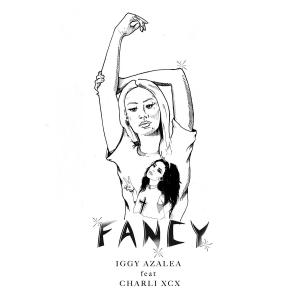 Australian rapper Iggy Azalea is ready to bring back new music in our nervous system. The ‘Bounce‘ singer is still working in her sh*ts and everyone is enjoying her highly anticipated debut studio album ‘The New Classic‘, released on digital retailers on April 22, 2014 via Mercury and Island Def Jam.

The new single and fourth official taken from the album is called ‘Fancy‘ and it serves as the follow-up to her latest shot ‘Change Your Life‘, released on September 12, 2013. The highly-awaited track was produced by London based team The Arcade with The Invisible Men and Anthony Kilhoffer, and it has the collaboration of English singer and songwriter Charli XCX.

‘Fancy‘ was premiered on BBC Radio 1 Xtra at Mistajam show on February 6, and it released on iTunes (UK) on April 6. After listening it we can see that the new single is the previously leaked song ‘Leave It‘ only with the Charli XCX verse.

The music video directed by Director X was premiered on VEVO on March 5, 2014 and is a lovingly meticulous and totally cool homage to the 1995 cult hit ‘Clueless’. Iggy plays the part of Cher Horowitz, looking striking in a variety of replica outfits worn by Alicia Silverstone in the original film. The video was shot in the same school where Clueless was filmed and replicated many of the iconic scenes.

The girls performed the single together for the first time live on the 2014 Woodie Awards, which it states recognizes “the music voted best by college students“. In the United States, the song reached number one on the Billboard Hot 100, becoming both Iggy Azalea’s and Charli XCX’s first number one on that chart.

The Australian rapper re-released the track in the British market with the extra vocals of English rapper Wiley. It was released on iTunes on June 8th.