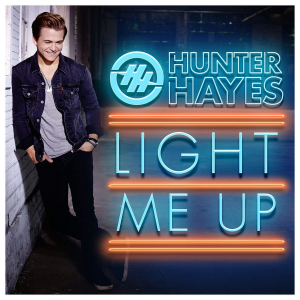 This is a little weird, let’s be clear. After the release of his latest and second studio album “Storyline” in 2014, American country singer Hunter Hayes launches new single “Light Me Up“.

And you wonder… What’s wrong with this? Well, it’s that simple as this song is not part of his latest album because it was included on the reissue of his eponymous debut album called “Hunter Hayes (Encore)” and released in 2013.

The new single with a slightly different version from the original is scheduled to be released as the next official single in the British market on 15 March 2015 via Atlantic Records.

I assume that the singer plans to release “Storyline” in the British market sometime this year including this new version of his old-track.