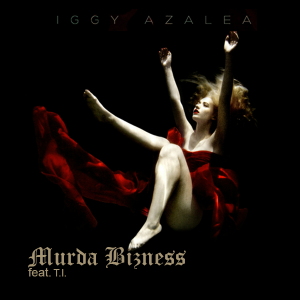 Amethyst Kelly, better known by her stage name Iggy Azalea is an Australian songwriter and rapper. She is perhaps better known for her promotional songs “Pu$$y” and “My World” whose music videos went viral on YouTube. Azalea signed a record deal with Interscope Records in 2012. Her debut studio album “The New Classic” is scheduled for release later this year. The first official single from the album is the track “Murda Bizness” produced by Bei Major. The track features the collaboration of her mentor, the American rapper T.I..