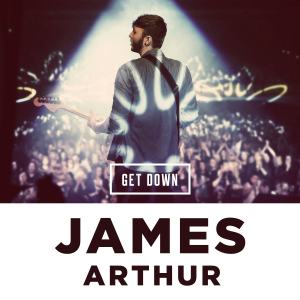 The winner of The X Factor UK, James Arthur continues squeezing her eponymous debut album “James Arthur“, released on November 1, 2013 via Syco Records. After releasing two official singles: “You’re Nobody ‘Til Somebody Loves You” and “Recovery“, the third official track taken from the album will be the song “Get Down“.

Written by Arthur in collaboration of Mustapha Omer, James Murray, Jonny Coffer, Wayne Hector, Ronald Bell, Robert Bell, and produced by Mojam, the single will be released on iTunes (UK) in March. The music video was premiered on VEVO on March 3, 2014.