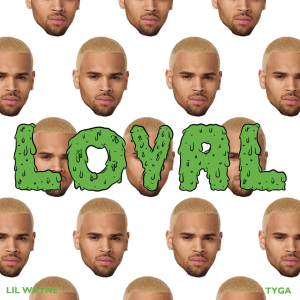 “Loyal” is a song recorded by American singer-songwriter and dancer Chris Brown. The track is confirmed as the next promotional single taken from his upcoming sixth studio album “X“, scheduled for release on May 5, 2014 via RCA Records.

Remember, Brown shot the video for the song “Autumn Leaves” with Kendrick Lamar in mid-September, the single hasn’t also been released yet. It seems he has decided to change it and release this new track. The official artwork of the single appeared as avatar on his official Twitter. The track has the collaboration of American rappers Lil Wayne and French Montana. The singer released two official version of the song, West Coast and East Coast with Too $hort and French Montana, respectively.

The music video with a new version of the song starring American rapper Tyga was premiered on VEVO on March 24, 2014.