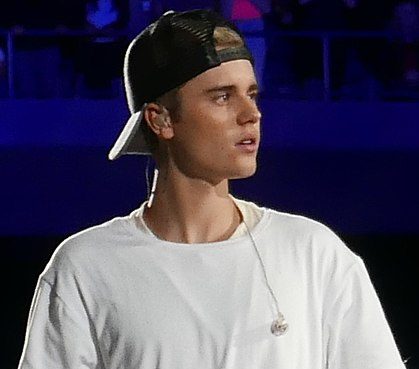 Newlywed celebrity couple Justin Bieber and Hailey Baldwin have re-affirmed their wedding vows in front of a crowd of more than 150 family and friends. They took a bunch of silly photobooth pics with the watermark ‘The Biebers’ featured prominently to celebrate the start of their new family branch.

The religious ceremony took place at Montage palmetto Bluff and was within a luxury resort facing the water. They first got married privately in a New York courthouse last year.

There were plenty of special celebrity guests in attendance, including Jaden Smith and Kendall Jenner. Jaden Smith wore all-black and appeared to have grills on his teeth while dancing at the wedding reception.

Jenner posed for lots of photos while holding a glass of wine. One of Biebers friends took a photo with his girlfriend. Katy Perry showed up too.

Justin shared a photo of a $50,000 watch with the caption “Got my self a lil wedding gift,”. This was apparently a splurge spend for Justin.

After the wedding ceremony, all the guests went to a cocktail party before the real reception began. The reception took place in a ballroom not far from the chapel.

The décor for the reception was done by the same company the decorates the Oscars and Grammys, so its clear that no-expense was spared on this ceremony. While the final numbers haven’t be revealed yet, this could turn out to be one of the most expensive weddings in Hollywood history!

Currently, the most expensive wedding still belongs to Kanye West and Kim Kardashian who made a show of being as elaborate as possible.