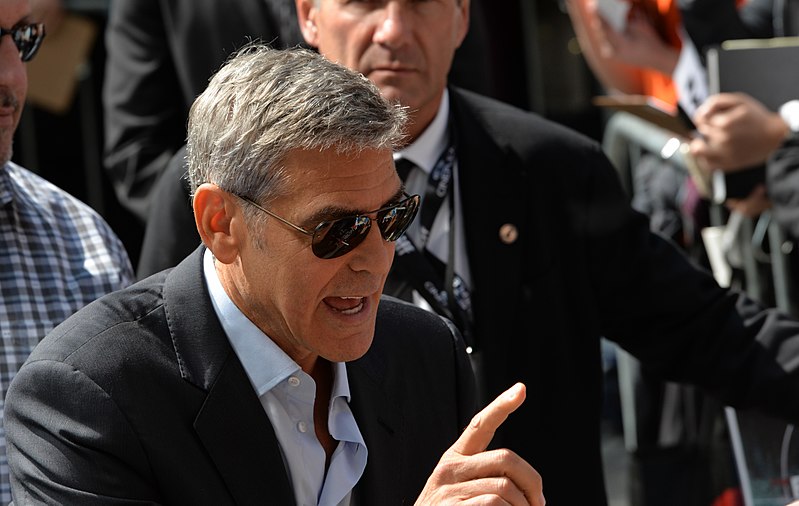 Famous actor George Clooney has targeted US President Donald Trump after he said he was appalled Mr Trump said the Kurds “didn’t help us with Normandy” during World War 2 as a justification for withdrawing US forces from Syria. The actor, who is known to be politically outspoken, said that it was “a pretty shocking statement”.

Clooney is one of many accusing the US government of abandoning American allies to fight Turkey alone. He said he was “horrified” that Trump would say that and that it was basically telling the Kurds “OK, you’re on your own,”

Clooney is married to a human rights lawyer and is thus heavily involved in advocating for human rights causes around the world.

Clooney won best supporting actor for the 2005 Middle East thriller Syriana in which he played a former CIA agent. He is currently working on an 8-part Netflix miniseries about President Richard Nixon’s famous Watergate hotel scandal.

Clooney isn’t alone when it comes to criticising the United States President, with the Hollywood world largely left-leaning in their politics (for the most part). There is no shortage of celebrities who have, in their minds, gone against the grain of their fellow actors, musicians and comedians by advocating for and supporting Donald Trump.

Meryl Streep used an Oscar’s speech to attack the president and try to rally Hollywood against his government. This caused a great deal of controversy of the political dichotomy of the United States poising the entertainment industry and forcing artists into partisan camps rather than allowing them to act as independent creators who aren’t beholden to a political bias.