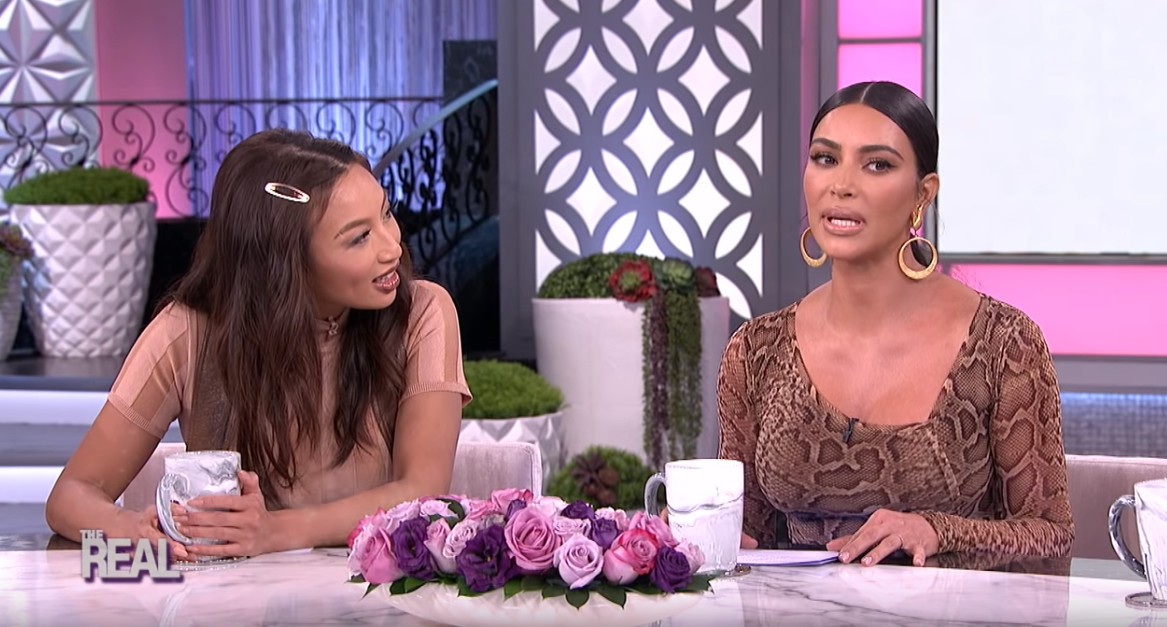 Every married couple knows that, no matter how much you love each other, you will need to compromise in one or several areas to make the partnership work. Kim Kardashian is no stranger to this fact, as she recently opened up about her marriage to rapper Kanye West on couch-panel show The Real.

“I obviously want to honour him and what he’s feeling,” Kim said. “And he’s been going through this life change.”

She elaborated by saying that the biggest challenge in finding compromise was in the raising of their four children who are all under 7 years old, 2 of them still small babies. Even so, Kim said that “The kids are getting older,” and that West was removing TVs from children’s bedrooms and is generally being stricter. She said he was taking closer supervision of what kind of media the kids were consuming and even went so far as to remove makeup products from North’s bedroom.

She said that Kanye’s newfound fatherly strictness is partly due to his recent religious reawakening. Kanye has increasingly moved towards the church community and invoked Southern-Baptist choir culture in his latest music.

Kanye west has been a prolific media figure for a long time, infamously invading the stage at the Grammys to take the mic from winner Taylor Swift and undermine her victory by saying Beyoncé’s music video was better. He was also openly critical of former US President George W. Bush during the Katrina Hurricane crisis centred around south-east coast of the United States where he said, “George Bush doesn’t care about black people”.

Recently, he has been a vocal supported of incumbent President Donald Trump and has acted as somewhat of a bridge between the president and part of the African American community.

Meghan Markle’s bestie hits back at Instagram trolls
The Pussycat Dolls are reuniting to perform at X-Factor: Celebrity finals