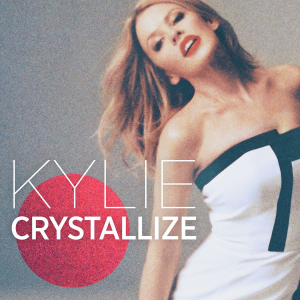 Goddess doesn’t rest! Kylie Minogue continues promoting ‘Kiss Me Once‘. Following the release of the second single ‘I Was Gonna Cancel‘, the ‘Aphrodite’ of music has ready another new track, this time not included on the album.

The song is called ‘Crystallize‘ and it’s the official charity single to support the campaign ‘One Note Against Cancer‘. She wanted us to buy every note of the song to raise funds. You can visit the campaign web for more information and buy the notes.

The song was co-written by Kylie with the collaboration of Dev Hynes and Babydaddy. It was officially premiered in full alongside the promotional music video, after getting sold all notes, on Monday May 26th. It was released on iTunes on June 9th.