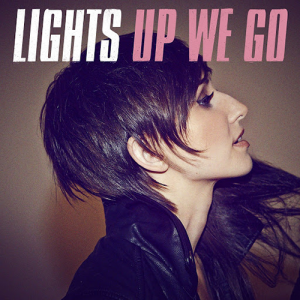 Canadian electropop singer-songwriter Valerie Poxleitner, better known by her stage name as Lights, is finally back to the music spotlight with brand new single entitled “Up We Go“.

The song is confirmed as the lead single taken from her awaited third studio album “Little Machines“, scheduled to be released on digital retailers on September 23 via Warner Bros. Records.

“Up We Go” was released alongside the pre-order of the album on iTunes on Tuesday July 22nd. This marks the return of the artist after the promotion of her latest studio album “Siberia” and its acoustic version, released in 2011 and 2013 respectively.

The official music video directed by Alon Isocianu, was premiered on VEVO on September 3rd. It ain’t elevator music and it certainly ain’t an ordinary elevator. And make sure you stay tuned to the end if you want to see how they made this ingenious one-shot video.