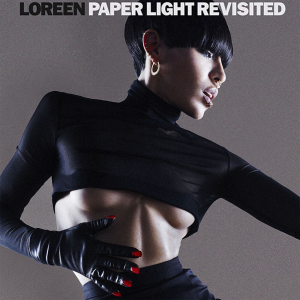 Eurovision 2012 winner, Swedish singer-songwriter Loreen is ready to start promoting her highly-anticipated second studio album, rumored to be called “Paperlight“, scheduled to be released in 2015 via Warner Music.

This album will be released three years after her debut “Heal“, including global smash single “Euphoria“. She has been working in the studio with big names like Kiesza, and hitmakers like Thomas G:son, or Peter Boström.

The singer teased the new era on her Instagram account on November 26th saying: “Love following what u guys are saying about this image. No fringe ?? What will you think of #PAPERLIGHTS #2015“.

Loreen created something unique on Sunday 15 February with the help of her fans. According the fans:

We were a group of about 20 people and two associates from Warner Music and her manager – and we were meeting in a snowy park at dusk. There they gave us all chinese paperlights and made us ignite them an let them fly together. All of this was filmed and will be used for the promotional campaign #paperlights – symbolizing freedom and sprit. New music expected no later than march.

Loreen performed the single live for the first time during Melodifestivalen’s Andra Chansen (Second Chance) gala on Saturday 7 March 2015. During the performance the singer also released a remix part of the song with the collaboration of Ukrainian-based synthpop dance trio Kazaky.

An new edit of Paper Light called “Revisited” produced by Salvatore Ganacci was exclusively premiered on Spotify on 17 April 2015. This version was performed as outro in her performance during Melodifestivalen 2015.

The music video for the Revisited version was exclusively premiered on expressen.se on May 7th.