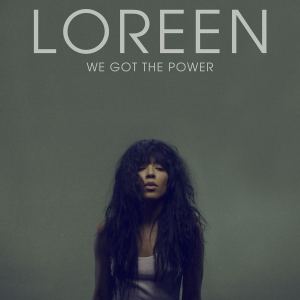 “We Got the Power” is a song recorded by Swedish singer, songwriter and Eurovision 2012 winner Loreen. The track produced by Patrik Berger and Easter Berger, who also worked with some big names in the business like Icona Pop, Rihanna or Robyn is confirmed as the next promotional single but isn’t included on her debut studio album “Heal” that was released on digital retailers on October 22, 2012 via Warner Music.

The track serves as a promotional single and was released on iTunes on May 17 and it will be included on the upcoming re-release of the album entitled “Heal (Edition 2013)” that’s scheduled for release on May 31. She performed the track in the final of the Eurovision Song Contest 2013 alongside her global hit single “Euphoria“, the last year’s contest winner song. Therefore, it seems that Loreen is ready to move on after the limited success achieved with the following singles after “Euphoria” and start thinking about her second studio album that could be released later this year. The music video directed by Loreen was premiered on May 23.