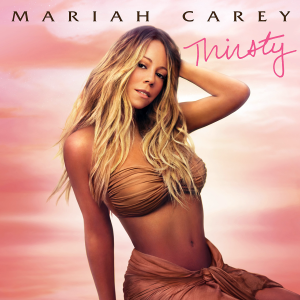 Queen Mariah Carey continues promoting her – I wanted to make a Beyoncé, but I finally did not – fourteenth studio album entitled ‘Me. I Am Mariah… The Elusive Chanteuse‘, scheduled to be released on May 23, 2014 via Def Jam. Following the low success of her latest single ‘You’re Mine (Eternal)‘, she has ready the next one.

The fourth overall single taken from the album is the track ‘Thirsty‘. The song was co-written by Carey with the collaboration of Denisia Andrews, Maryann Tatum, and Chauncey Hollis aka Hit-Boy, who also produced it.

The single version of the song has the guest vocals of American rapper Rich Homie Quan, and it was exclusively premiered on The Breakfast Club on May 13th. The album/solo version was premiered later the same day.