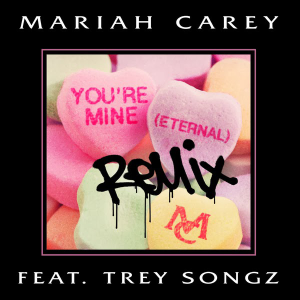 It seems that Mariah Carey wants to implement the title of her latest single ‘The Art of Letting Go’ and move on after its nonexistent promotion. The glitter diva announced during NBC’s New Year’s Eve Taping with Carson Daley that she will release her new single on Valentine’s Day 2014 and expects a Spring release for her upcoming fourteenth studio album also called ‘The Art of Letting Go‘, scheduled for release on digital retailers on May 6, 2014.

This will be the third official single. Remember Mariah released her not-so-triumphant buzz single “Triumphant (Get ‘Em)” in 2012. Last year, she also released the lead single from the album, ‘Beautiful’ with Miguel, and the last so far, ‘The Art of Letting Go’, which peaked at number 119 on the Billboard chart.

Mariah returns with a softer pop sound, with a beautiful, melodically perfect, and quite catchy song at some points reminds her worldwide hit ‘We Belong Together‘ (2005). An attempt to merge ‘H.A.T.E.U.‘ and ‘Your Girl‘ but fails to be. The Instagram Diva also premiered a new version of the single with the guest vocals of American singer Trey Songz. Both, the original and the remix were produced by Darkchild and they were finally released on iTunes on February 12. The video directed by Indrani was also premiered later the same day.

Hopefully Valentine will bring more success to the shepherdess of the flock of lambs.