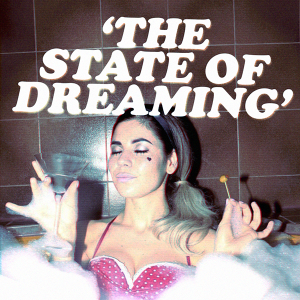 “The State of Dreaming” is a song recorded by Welsh singer-songwriter Marina and the Diamonds. The song written by herself and produced by Rick Nowels and Devrim Karaoğlu is a promotional single taken from her second studio album “Electra Heart” that was released on digital retailers on April 27th, 2012 via 679 and Atlantic Records.

The singer premiered the music video of the track directed by Thomas Knights on her Youtube channel on March 2nd, as part 9 of the Electra Heart video series.