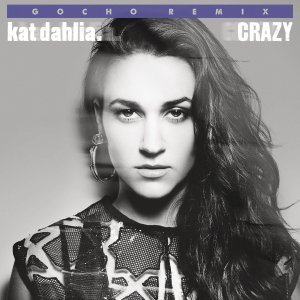 “Crazy” is a song recorded by Cuban-American recording artist Kat Dahlia. The track is confirmed as the fourth official single taken from her upcoming debut studio album “My Garden“, scheduled to be released on January 13, 2015 via Vested in Culture and Epic Records.

The track serves as the follow-up to her latest buzz track “Happy and I Know It“, released on November 26, 2013 and included on her latest mixtape “Seeds“. The new single was co-written by Kirby Dockery and Glass John. It was released on iTunes on February 18, 2014 alongside the premiere of the music video on VEVO.

Dahlia re-released the track with a brand new bachata-influenced version with the guest vocals of Puerton Rican singer and producer Gocho. This new version was premiered on Tuesday July 29th alongside its release on iTunes.

A alternate video version of the single remixed was premiered on VEVO on November 11, 2014.