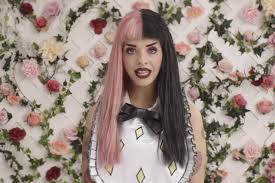 American singer-songwriter and The Voice contestant Melanie Martinez continues to promote her awaited debut album “Cry Baby“, which was released on 17 August 2015 via Atlantic and Warner/Chappel.

Following the promotion of the lead single “Pity Party“, the singer released the track “Soap” as the second promotional single from the album on digital retailers on July 10th.

“Soap” is a delicious and fresh electropop piece and other proof of sound quality that awaits us in this new musical project. A majestic track including a myterious raindrops breakdrop. BIG!💦

The 8-minute-length video was directed and conceived by Melanie Martinez, and produced by Wes Teshome. We have the honor to premiere exclusively the special new remix of the single produced by Spanish genius Mr.K! on November 29th.