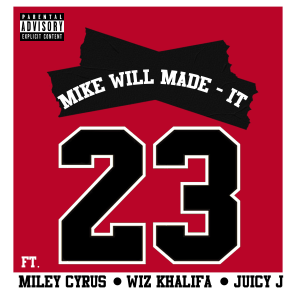 “23” is the debut single by American record producer Michael Williams better known by his stage name Mike WiLL Made-It. The track produced by himself is the lead single from his upcoming debut album “Est. in 1989: The Album” that’s scheduled for release later this year via EarDrummers Entertainment.

The track has the guest vocals of American rappers Wiz Khalifa and Juicy J and American singer-songwriter and actress Miley Cyrus. Mike is also responsible for production of the new single from Miley “We Can’t Stop” which debuts on June 3rd. The single was released on digital retailers on September 10, 2013. The producer recorded the music video on late-August and it was directed by Hannah Lux Davis. The video was premiered on VEVO on September 24th.