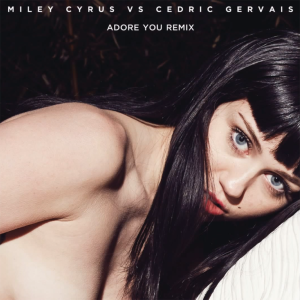 “Adore You” is a song recorded by American singer and actress Miley Cyrus. The track written by Stacy Barthe and Oren Yoel is finally confirmed as the third official single taken from taken from her fourth studio album “Bangerz“, released on October 4, 2013 via RCA.

After much speculation and rumors, her record label has finally decided to reject “SMS (Bangerz)” as the next single and fix ‘Adore You‘. A fairly successful move because the song follows the style of her last worldwide hit ‘Wrecking Ball‘, and thus try to continue to reap success. Another touching song is about to destroy our hearts!

The song will be added to American radio on 6 January. The full music video directed by Rankin was premiered on VEVO on December 26th. Unfortunately the video was leaked online a few hours before the official release. Is confirmed that ‘Summertime Sadness’ remixer and GRAMMY Award-winning producer Cendric Gervais is responsible for the new version of the song that will be released in February.