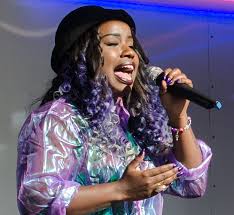 Since her last single release “Here’s to Everything (Ooh La La)“, little or nothing was known of The X Factor finalist Misha B. This past year, she has been recording and shaping her expected and delayed debut album, still untitled and no confirmed release date, but is supposed to be launched before the summer.

Currently, there are no planned a fourth official single to be released, but there is good news for her fans. The singer of “Home Run” has confirmed the release of her debut EP entitled “Room 303“. Remember she has unveiled so far two mixtapes: “Why Hello World” and “Knock Knock“, released in 2012 and 2013 respectively. The EP will consist of 6 tracks and still no official release date.