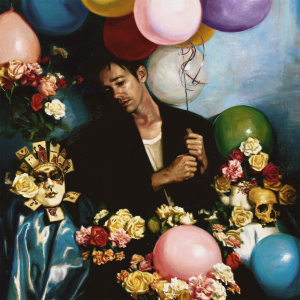 “Grand Romantic” is the solo debut album by American singer-songwriter and American rock band fun. frontman Nate Ruess. It was released on digital retailers on 15 June 2015 via Fueled By Ramen and Warner Music Group.

It comes preceded by the lead single “Nothing Without Love“, released on 23 February and the follow-up single “AhHa” released on 27 April 2015.

The album went up for pre-order on digital retailers on 11 May 2015 shortly after the promotional single “Great Big Storm” premiered via Twitter Music. The official music video directed by James Lees was premiered on July 14th.

“What This World Is Coming To” with the collaboration of American singer-songwriter Beck was released as countdown single on iTunes on June 1st.

A music video for the album’s track “Take It Back” was premiered on January 12th. It was directed by Alistair Legrand.