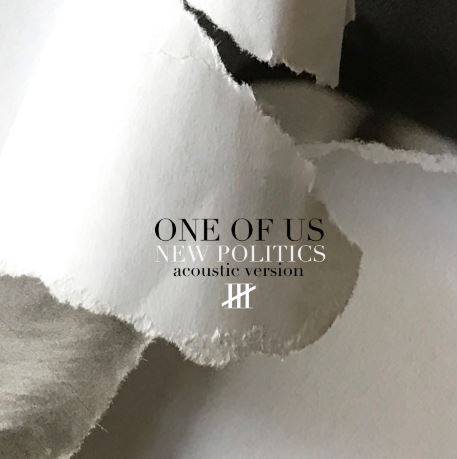 Danish pop-rock band New Politics, formed by David Boyd, Søren Hansen and Louis Vecchio, has finally returned to the music’s spotlight with some new music after the impact achieved with its 2015’s album “Vikings”.

The new single is called “One of Us“, and it’s an instant radio-ready alternative pop gem with a catchy chorus and joyful synths, which recalls somehow to P!nk’s pop bangers.

The song is confirmed as the first taste taken from the trio’s upcoming fourth studio album, which is expected to be released sometime this year via Warner Music Group. About the song, they shared:

This song represents friendship, love and unity and we hope all of you can connect with it too. Enjoy, and remember ‘you’re not alone, you’re one of us’

“One of Us” was written by themselves along the collaboration of David Schuler and Butch Walker, who is also responsible for the production. The single was released on digital retailers and streaming services on March 10th.