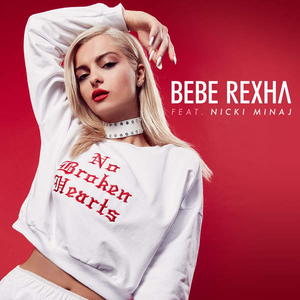 It’s time to enjoy some new Bebe Rexha music and we must be ready for it!

The American hitmaker has finally confirmed the upcoming released of her awaited new single called “No Broken Hearts“, the proper lead single taken from her debut album, due out sometime next year via Warner Bros.

The song includes the guest collaboration of American female rapper Nicki Minaj and it was released on digital retailers on March 18th.

The music video directed by Dave Meyers was premiered in full on April 7th, including the guest appearance of G-Eazy.