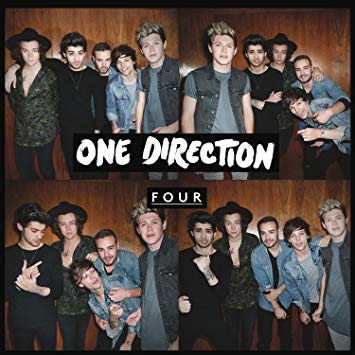 “FOUR” is the fourth studio album by British/Irish boy band One Direction. It was released on November 17, 2014 via Syco and Columbia Records.

A brand new song titled “Fireproof” and first promotional single was released as a free download alongside the announcement on the band’s website. The song was written by Liam Payne, Louis Tomlinson, Jamie Scott, Julian Bunetta and John Ryan.

‘Fireproof’ – it’s a track from the album and you can get it for free right now. You’ll be able to download it for free for the next 24 hours. We hope you enjoy it and we can’t wait for you to listen to the album in full. Thank you, you guys mean the world to us.

The album’s lead single was the song “Steal My Girl“, released on digital retailers on October 12th. “Night Changes” is set to be released as the album’s second single in December.

The band planned to release four countdown single during the weekend before the album’s released (November 6 to 9), after achieving complete four goals through Twitter, Facebook, Instagram and Tumblr. The first single released was “Ready to Run“. Unfortunately the full album surfaced online on November 7th.