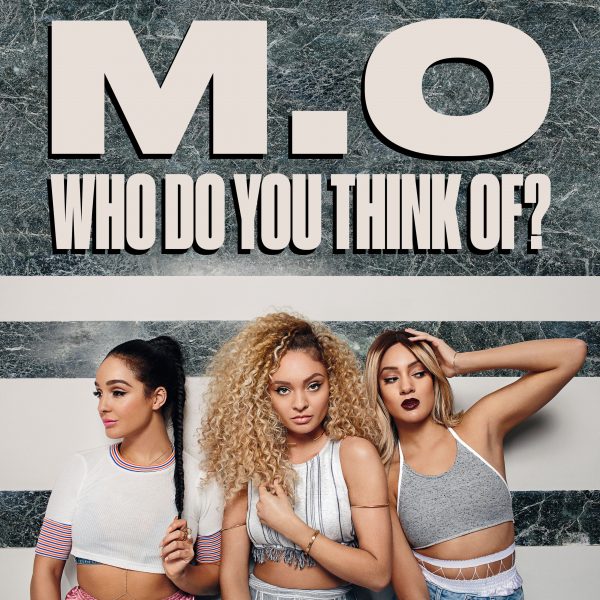 “Who Do You Think Of?” is the upcoming second extended play by English female trio M.O, consisting of members Annie Ashcroft, Frankee Connolly and Nadine Samuels. It’s scheduled to be released on digital retailers on August 2th via Operator, Polydor and Interscope Records.

The project comes preceded by the lead single and EP’s title and opening track “Who Do You Think Of?” which is an exquisite and fresh tropical-infused pop gem with some influences from balearic and calypso sound. Catchy and pretty radio-friendly.

The song produced by Fred Gibson and its official music video directed by Charlotte Rutherford were released along the pre-order of the album on iTunes on May 20th.