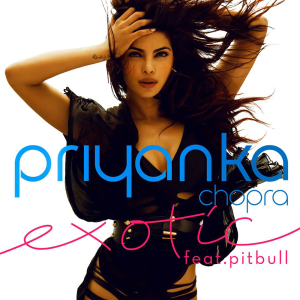 “Exotic” is a song recorded by Indian singer-songwriter and actress Priyanka Chopra. The track is confirmed as the second official and the follow-up of her debut single “In My City” that was released in 2012. After collaborating with will.i.am on her first shot, this time Priyanka has decided to go for Pitbull, who is the guest artist for this second release in her career as an artist. The track produced by RedOne was released on digital retailers on July 9. The singer and Pitbull filmed the video in early June in South Beach (Miami) and it was directed by Emil Nava. It was premiered on VEVO on July 11.