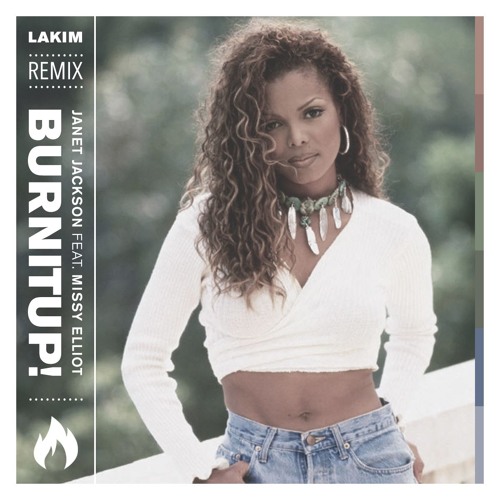 After the promotion of the lead single “No Sleeep“, Jackson has confirmed the anticipated Missy Elliott-assisted track “BURNITUP!” as the second official cut from the album.

Besides, the singer has also confirmed this track as the proper lead single from the British market, which will be released with a special re-worked version made by Naughty Boy, who has recently collaborated with Beyoncé in his new single “Runnin’ (Lose It All)“.

I’m about to start work on a track with Janet featuring Missy Elliott. It’s set to be another massive collaboration. It’s very exciting times for the both of them. I’m going to be remixing the track for the UK and I look forward to meeting up with Janet soon

The extended version (6 minutes) of the song received its first play during BBC Radio 1Xtra with MistaJam on September 24th. Listen the premiere here at the 55:29 mark. The official Naughty Boy Remix was also first played on MistaJam on October 7th.

“BURNITUP!” was written by Jackson with the collaboration of James Harris III, Terry Lewis, Dwayne Abernathy and Melissa Elliott.