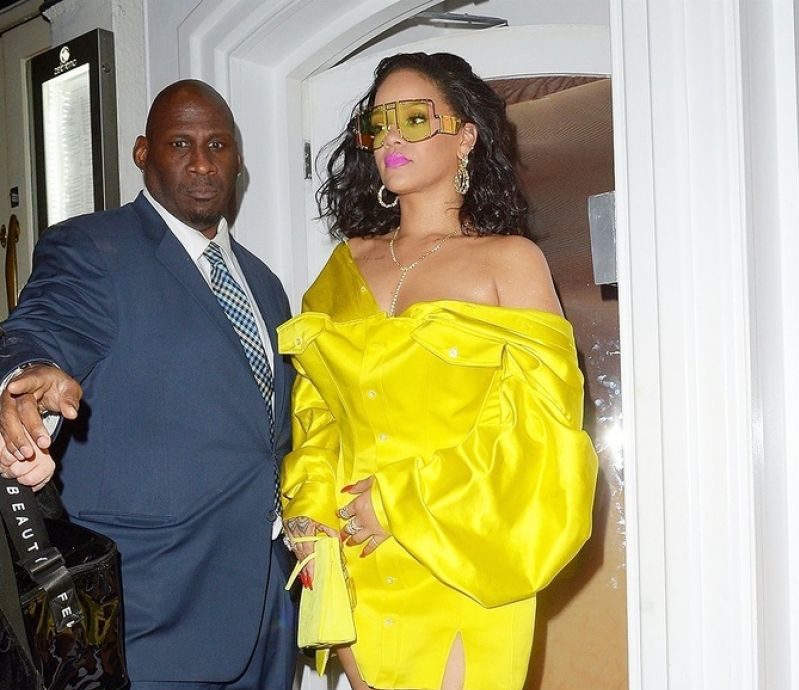 The pop singer gave an interview with VOGUE earlier in the month, giving her fans some long-awaited insight into her sometimes messy private life.

She went on to treat her admirers with a surprise appearance at a VIP party in London on Thursday night. The 31-year-old superstar of ‘Umbrella’ fame rocked a sportswear look going with all-white.

Rihanna had a loose jacket paired with a thigh-tight miniskirt and matching stilettos.  She used a large white clutch bag and matched with white sunglasses. She also chose to accessorise with large hoop earrings.

In an interview, she was asked about having a baby soon to which she replied, ‘Uh I don’t think about stuff like that but… God’s plan.’ She added ‘But I look forward to all the pregnancy rumours after this interview.’

She said that, while she is eager to continue keeping her private life out of the spotlight, she is ‘happy’. She confirmed she was in a relationship but didn’t go so far as to confirm it was the Saudi businessman, she’s been pictured with for almost a year. It is speculated Rihanna doesn’t want a public affiliation with the Saudi state as it may destroy her credentials as a freedom-loving American.

Rihanna’s personal life was famously thrown into the spotlight when she was the victim of a shocking case of domestic abuse by then boyfriend Chris Brown. Brown severely beat Rihanna during a lover’s quarrel and the story was widely publicised.

Since the incident, Rihanna struggled to readjust to life as a celebrity artist, no doubt shaken and traumatised by her victimisation by Brown.