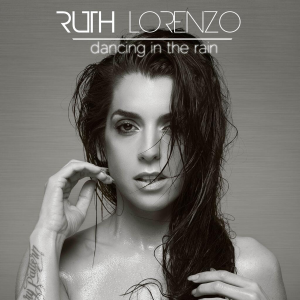 Spanish singer-songwriter Ruth Lorenzo is ready to bring the world the highly-anticipated final version of her new single ‘Dancing In the Rain‘, whose demo version was presented on Monday February 3 as a candidate to represent Spain in the 2014 Eurovision Song Contest.

The final version with a little more beat, and improved from start to finish, was officially launched 17 February via RTVE and will go on sale on digital retailers on February 18 via Roster Music. The final version is a bit better, but still not convince me. The track is also confirmed as the lead single taken from her highly-anticipated debut studio album entitled ‘Planeta Azul‘ (English: ‘Blue World‘).

‘Dancing In the Rain‘ comes after promoting her latest single ‘The Night’, released in 2013.

She will represent Spain in the Eurovision Song Contest 2014 on 10 May after winning the national final called ‘Mira quién va a Eurovisión’ on 22 February. The music video was premiered on RTVE on March 14, 2014 and it has the guest appearance of Italian dancer Giuseppe Di Bella.