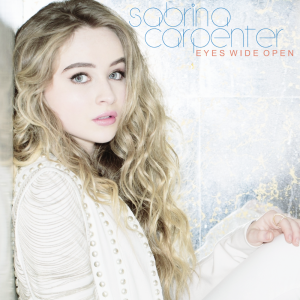 After “We’ll Be the Stars“, the singer plans to release the album’s title track “Eyes Wide Open” as the second official single taken from the album.

The song was written by Audra Mae, Jerrod Bettis, Meghan Kabir and it was produced by Mitch Allan, and it’s scheduled to impact US radio in early June.

“Eyes Wide Open” was also available for those who pre-ordered the album on iTunes on April 7. Carpenter has been filming the music video in Los Angeles in early-May, which it was directed by Sarah McColgan. It was premiered through Vevo on June 14th.

The lyric video to support the song was officially premiered on July 29th through Vevo. It was directed by Sky Shields.