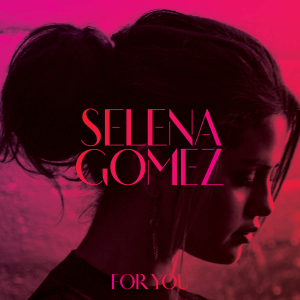 When you are ready? Come and end your record deal with a “Greatest Hits“. Yes. Disney princess and international popstar Selena Gomez is currently working in the studio on new music to delight her fans and the result it’s her first ever greatest hits compilation album called “For You“.

In July, Selena Gomez fired Direct Management’s Martin Kirkup and Steve Jensen, according to those close to the artist and start working in her new solo project, which will be released next year. Her new handler is officially Aleen Kesheshian of Brillstein Grey, a heavyweight in the film-and-TV sector; among her longtime clients are Jennifer Aniston, Natalie Portman, Mark Ruffalo, Zoe Saldana and Laura Linney.

Gomez is working on a couple of new tracks for a greatest hits collection that will be her final release under her current Disney deal with Hollywood Records. The compilation will be released on digital retailers on November 24th including smash singles “Come & Get It” and “Slow Down“, plus songs recorded in her previously musical project Selena Gomez & the Scene like “Naturally” or “Love You Like a Love Song“.

The album will also include two brand-new songs, one of which will be the first official single and album’s opening track “Heart Wants What It Wants“, released on November 6th, alongside the pre-order of the album.