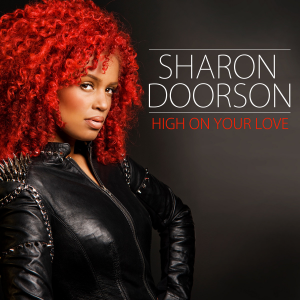 Sharon Doorson is a Dutch singer and songwriter. She was one of the members of the female pop group Raffish, alongside fellow Dutch dance singer-songwriter Eva Simons. In 2011 she returned to the spotlight after participating in the talent show The Voice Holand, which was in second position. In September 2012 she released her debut solo single “Fail in Love” and after that, she began working on her upcoming debut album that’s scheduled for release sometime this year via Cloud 9 Music.

She’s back with brand new track, the second official single entitled “High on Your Love“. A powerful and compelling dance pop song that has little to envy to songs by great artists like Rihanna. Her voice and style reminiscent of the American singer-songwriter Ester Dean with a little touch of Eva Simons too. The song was released on iTunes on February 15th, 2013 alongside the music video.