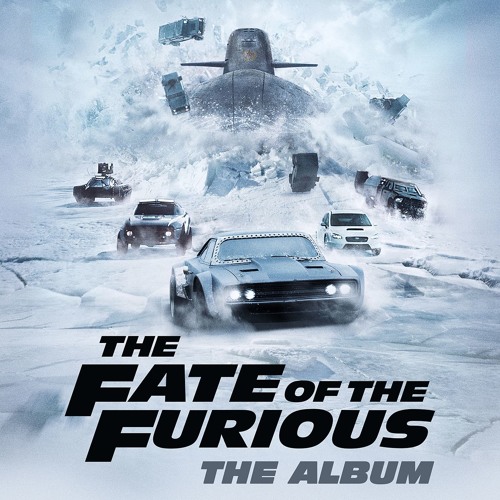 The official soundtrack of the 2017 American action film The Fate of the Furious (alternatively known as Fast 8 and Fast & Furious 8) was released on April 14th via Universal Music.

The Fate of the Furious marks the first film of the franchise since The Fast and the Furious: Tokyo Drift (2006) not to star Paul Walker, who died in a single-vehicle crash on November 30, 2013, during the filming of Furious 7 (2015).

The tracklist of the album was revealed exclusively via Complex on March 2nd including the anticipated and previously announced track “Hey Ma” performed by Pitbull, J Balvin and Camila Cabello, which arrives as instant grat on March 10th.

The soundtrack also includes new tracks by Wiz Khalifa, G-Eazy, Kehlani, Migos, Post Malone and many more. The first promotional single is the song “Go Off” performed by Lil Uzi Vert, Quavo and Travis Scott, which was launched as instant grat along the pre-order on March 3rd.

“Good Life” performed by G-Eazy and Kehlani was launched as instant grat along the pre-order on March 17th. The same day, they also premiered the official music video via Kehlani’s official Youtube channel.

The soundtrack’s opening track “Gang Up” was launched as instant grat on March 24th.