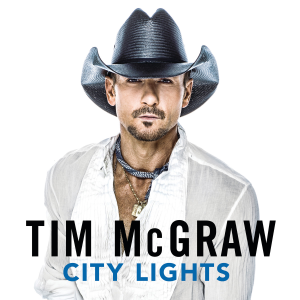 Following the release of the lead single “Lookin’ for That Girl“ and the second Faith Hill-assisted single ‘Meanwhile Back At Mama’s’, the country star has ready the next one. The third single taken from the album is the song ‘City Lights‘.

The song was written by Jonathan Singleton and Deric Ruttan. It was released on digital retailers on May 20th.