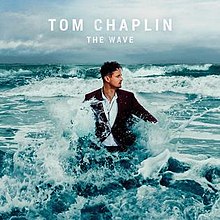 “The Wave” is the debut solo album by English singer-songwriter Tom Chaplin, known as lead vocalist of British alternative rock band Keane. It was released on October 14th via Island Records.

The lead single “Hardened Heart” was premiered on August 10th and released along the pre-order of the album on Apple Music the same day.

“Quicksand” was released as instant grat as the album’s second single on August 25th. “Hold On to Our Love” was launched as third official single on September 30th.

“Still Waiting“ was released along the pre-order on October 7th.