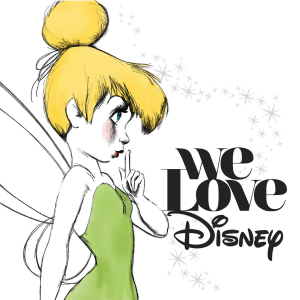 “We Love Disney” is a compilation album created by The Verve Music including classic songs of Disney’s movies performed by big pop stars.

This version of the album is created for the American market as other countries like Australia and France have already done before.

The first promotional single from the compilation is the opening track “Friend Like Me“, original from Disney’s movie Aladdin. This new version is performed by American recording artist Ne-Yo.

It was released along the pre-order of the album on iTunes on August 14th. Unfortunately the full album surfaced online on September 20th.

The official music video for the opening track “Friend Like Me” was premiered exclusively on ABC News on September 29th.

Unfortunately, the whole album surfaced online on September 20th, more than a month before of its official release.