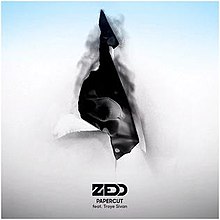 Following the promotion of the Jon Bellion-assisted single “Beautiful Now“, Zedd announced the track “Bumble Bee“ as another promotional single from the album revealing the official artwork.

The proper next official single and third taken from the album is the song “Papercut” with the collaboration of Australian singer-songwriter and Youtuber Troye Sivan.

The song was written by Zedd with the collaboration of Julia Michaels, Sam Martin, Lindy Robbins, Jason Evigan and Austin Paul Flores. The official audio was premiered through Vevo on July 17th.