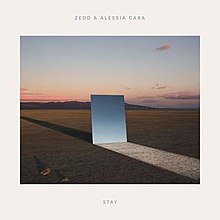 The untitled third studio album by German record producer, remixer, deejay and hitmaker Zedd is in the making and it’s expected to be released later this year via Interscope Records.

This project serves as the follow-up to his 2015’s LP “True Colors“. The first promotional / buzz single from this new era was the song “Candyman” with the collaboration of Aloe Blacc, released on February 26th.

During and interview with JoJo Wright at KIIS FM, Zedd confirmed that they on more songs together in the studios. He said:

We worked on more than one song, I don’t know what is going to make the album. Some of those songs will end up on my, well not my album because I pretty much have my album put together, maybe some Deluxe songs or songs from the next album or after that, you know I like to make the music first and then decide what to do with it. We have great stuff!

A new version of “True Colors” with the vocals of Kesha was released on April 29th. “Adrenaline”, a huge jam with the collaboration of Grey was launched on September 2nd.