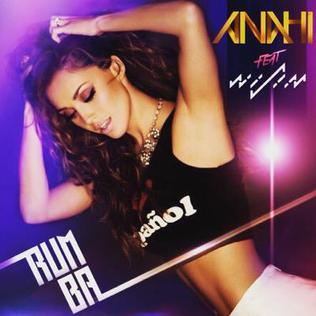 Are you ready for this? Mexican recording artist, actress and latin queen Anahí is ready to impact the music world with her awaited new single officially called “Rumba“.

This time, the former RBD member returns with a hot summer anthem with the collaboration of Puerto Rican reggaeton singer Wisin.

“Rumba” is confirmed as the first taste of Anahí’s upcoming sixth studio album, due out later this year via EMI Records as the follow-up to “Mi delirio“, released in 2009. About the song and this new project, she said:

It’s a super fun song and now we all go all out to “rumbear”. I have been working for over a year on this new album and is definitely higher quality work I’ve done in my career

The singer will debut live for the first time on TV the new single during Premios Juventud in Miami on July 16th broadcast by Univision.

“Rumba” was released on digital retailers on July 24th, while the official music video directed by Jessy Terrero was premiered through Vevo on August 28th.