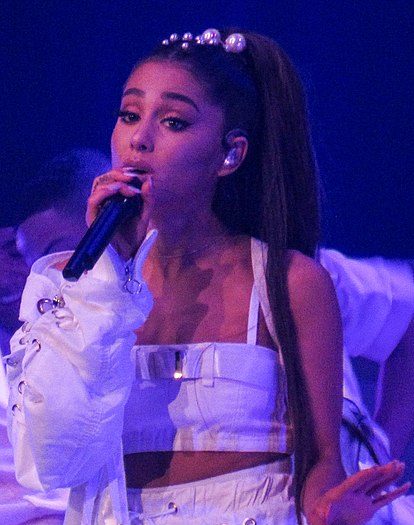 In a tear-filled Instagram video, pop-star Ariana Grande announced to her fans that she would be unable to perform her show in Lexington, Kentucky citing a worsening illness that has left her “so upset” she could not deliver for her fans.

The 26-year-old music sensation said she had woken up “ten times worse” after speaking about a developing illness the night before. She added that “it hurts so bad to swallow”, leading some to speculate she may have some form of throat infection like tonsillitis, which would also inhibit her ability to perform as a vocalist.

She added ‘’I’m not really sure what’s going on, but I unfortunately don’t think I will be able to push through tonight and I’m SO upset and sorry,’

She expressed gratitude to her fans who were expressing concern and staying up to date with her health. “I’ll keep you posted as soon as I know what’s going with my body, but thank you for understanding, and I am so sorry.” Ariana went on to say.

Fellow celebrity singer Barbra Striesand quickly shared an Instagram post of a photo of her and Grande together, giving some advice about sore throat remedies in the caption.

“Feel better soon @ArianaGrande. Take a strong Vitamin C drink with some Manuka honey and of course get some chicken soup! Bx”

Feel better soon @ArianaGrande. Take a strong Vitamin C drink with some Manuka honey and of course get some chicken soup! Bx

Currently in the midst of her ‘Sweetener World Tour’, Ariana had previously complained about shortness of breath at a previous show, leading fans to speculate an announcement like this would be around the corner. Her last performance was in Charlottesville, Virginia and it can be assumed she must have been struggling through that show.