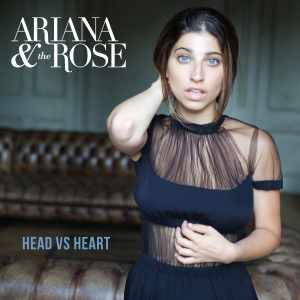 “Do you want to be behind the piano, or do you want to be in a latex bodysuit in a cage?” With this question is presented the New York singer-songwriter of Italian descent Ariana DiLorenzo. She is professionally known as Ariana & the Rose. She was raised on a musical diet that included rock-rooted pop stars like Fiona Apple, Natalie Imbruglia, and Alanis Morissette, knew she wanted her live shows to be ‘more than candy canes and pyrotechnics‘. It’s time, she says, “for pop girls to be cool again. Pop shouldn’t be a guilty pleasure“.

As an unsigned, independent artist, DiLorenzo released her debut single entitled ‘When You Know, You Know‘, which was produced by Grammy winner David Kahne and released in early 2013. During the past year she has been locked in the studio shaping her expected debut EP, as first preview she released last November a single entitled ‘Heartbeat‘, a masterful production of synthpop and a promising statement of intent that would soon captivate half the world.

And it hasn’t been slow in coming, her new single entitled ‘In Your Bed‘ has attracted international interest. The song is hypnotically perfect, a perfect mix between the confessional lyricism of her favorite singer-songwriters (Sara Bareilles, Ingrid Michaelson) with the sound of dirty synths (Goldfrapp, Santigold) and the understated glamour of the French New Wave. ‘In You Bed‘ is a synthpop masterpiece. The single will be released on iTunes (UK) on February 23 and on iTunes (USA) on February 25.

The track will be included on her upcoming debut four-pieces EP entitled ‘Head vs Heart‘, scheduled for release on iTunes (UK) on March 23, 2014 via Pookiebird. She also plans to release her first album, which could arrive this fall. This is just the beginning… promising future!