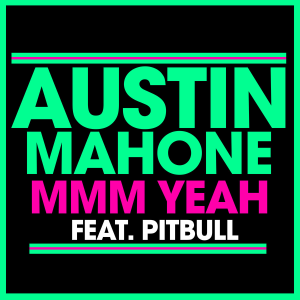 Austin Mahone is in full promotion of his highly anticipated debut album entitled “Senior Year” and planned to be released this Spring through Chase, Young Money, Cash Money, and Republic Records. After releasing his latest single “Banga! Banga!” in November, his fans have been expected a new single very hard. Finally, Austin has confirmed the following promotional single and third overall.

The new track co-written by Mahone, Pitbull, Alex Schwartz, Joe Khajadourian, William Lobban-Bean, Ethan Lowery, Lamar Mahone, Keith Mayberry, Craig Simpkins and Lidell Townsell is called “MMM Yeah” and it has the guest vocals of American rapper Pitbull. The song was released on iTunes on January 26, 2014. It was premiered on U.S. radio on January 24.

The music video directed by Gil Green was premiered on VEVO on March 13, 2014. We can only say… mmm yeah!.