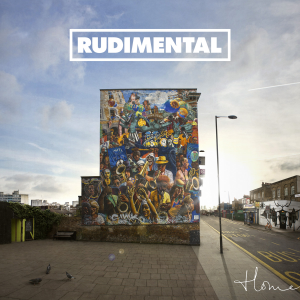 “Home” is the upcoming debut studio album by British drum and bass band Rudimental. It’s due to be released on 29 April 2013 via Warner Music UK. The album comes preceded by the singles: “Spoons” that was released as the album’s first single on 20 February 2012 and failed to chart. “Feel the Love” was released as the album’s lead single on 14 May 2012 and peaked at number one in the United Kingdom.

“Not Giving In” was released as the third single on 18 November 2012 and peaked at number fourteen in the United Kingdom. The latest single announced is the track “Waiting All Night” that’s due to be released as the fourth single from the album on 14 April 2013. The track “Hell Could Freeze” was also released a buzz single on iTunes.