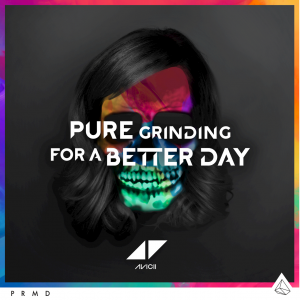 Swedish record producer, hitmaker and deejay Avicii continues to promote his highly-awaited second studio album “Stories“, due out on 2 October 2015 via PRMD and Universal Island Records.

Following the release of his current summer-single “Waiting for Love“, the next and fourth official single from the album is the double A-Side single including “Pure Grinding” and “For a Better Day“.

The track includes the vocals of American singer-songwriter and composer Alex Ebert. The song was confirmed as the next single during iHeartMedia summit on August 4th.

Both tracks were released along the pre-order of the album on iTunes on August 28th. The music videos for both tracks were premiered through Vevo on September 3rd. They were directed by Levan Tsikurishvili.